The parish extends from The Ridgeway in the south to the Oxfordshire plain in the north.

It covers approx 2000 acres, and although it’s about 6 miles long it’s only 1/2 mile wide at its widest point.

West Hendred was part of Berkshire until 1974 when boundary changes transferred it to Oxfordshire.

As well as the Ridgeway, the parish is crossed in the south by the ancient Icknield Way. Also in the parish are examples of Drovers roads, a Roman road, a buried Roman villa and medieval watercress beds.

The earliest reference to West Hendred is the granting of several hides of land to thegn Brihtric by Eadwig in AD 955 and by Edgar the Peaceful in AD 964 to Abingdon Abbey. Corpus Christi college in Oxford was granted the lands by Henry VIII in 1538.   The college still owns considerable land in the village and surrounding area.

Holy Trinity church is a 13th century building on the site of a former wooden Saxon church, with small flying buttresses and a series of carved sundials on the wall outside. The most notable historical element of the church is the floor tiling. These are good examples, if worn, of medieval tiles. Holy Trinity is a Grade I listed building as it is predominantly representative of one phase of building.

The last head teacher of the parish school, from 1945 to 1967, was E.A.G. Prosser. In 1967 the school was closed and combined with East Hendred in a new building in Ford Lane, East Hendred. 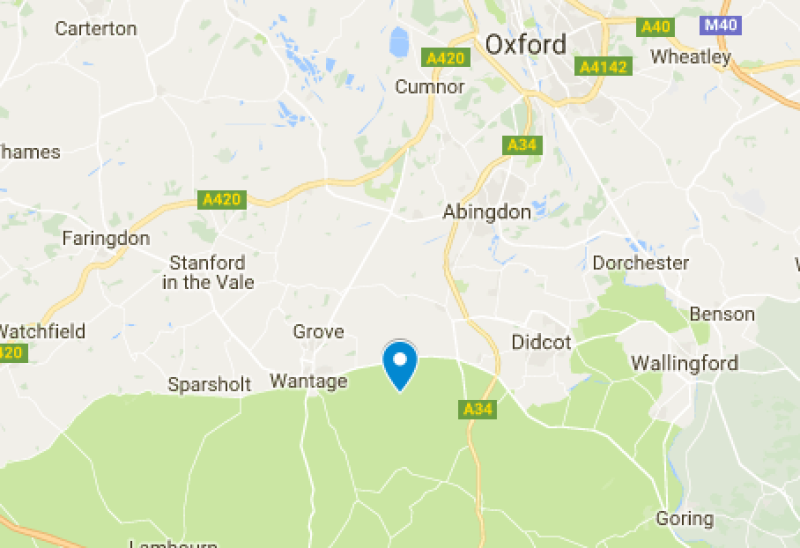